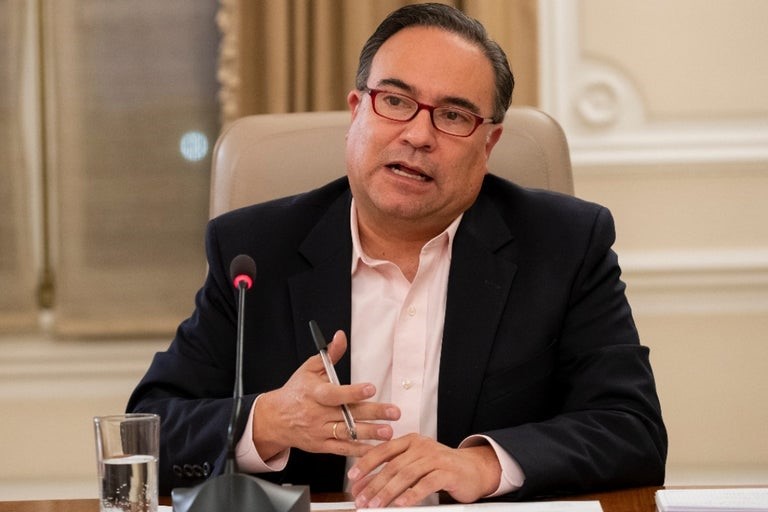 Mr. Luis Guillermo Plata from Colombia has been a long-standing member of the Board of Directors of the Institute of the Americas and has supported the Institute to develop strategic programing in the Western Hemisphere with key emphasis in Colombia. In December 2020, Mr. Plata was appointed by Colombia’s President as the country’s new ambassador to Spain, which led him to step down from our Board in December after this announcement.

Before the pandemic, during October 2019 the Institute of the Americas organized an Energy Sector Roundtable in Bogotá, Colombia, for which Mr. Plata opened and delivered welcoming remarks stressing the economic importance of the energy sector in the country and the region. The event featured discussion panels with representatives from the Colombia’s Government, the State company Ecopetrol, national and regional directors of oil and gas companies, international consultants, sustainability managers, economists, and the Colombian Petroleum Association (ACP ).

During 2020, Mr. Plata was appointed by Colombia’s President Duque Government and served as the Manager for Comprehensive Attention to the Coronavirus Pandemic in Colombia at the Office of the Presidency of Colombia. Mr. Plata studied business administration at the University of Arizona and earned an MBA from Harvard Business School and possesses vast experience in the private sector. For instance, he was consultant for McKinsey & Co, and has developed as entrepreneur in the Silicon Valley. He is a also a member of the Young Global Leaders of the World Economic Forum, and earned the YPO Legacy Award, which is the highest award given by the Young Presidents Organization. He has received other significant recognitions such as the Congressional Order of Merit of Colombia as well as he served with honors in the Colombian Army.